what are you so freakin' busy with?

I could be employed right now but I went back to school to be a student.
I could be financially self-sufficient right now but I stayed dependent on my parent's monetary provision.
I could be the type of person who wouldn't care if time passed but I chose to be the person who feels guilty when time passes and I haven't done anything productive.
I could be sleeping well more often than now but I chose sleepless nights to study for an exam that I wouldn't pass with outstanding marks anyway.
I could be reading tons and tons of novels I have been wishing to read but I chose to be buried in books on Human Anatomy, Surgery and even Parasitology.
I could have more free time than now but I chose this life-consuming career path just so I could earn an 'MD' after my name.
I could be in a community as a Public Health Officer but I chose the path to becoming a Doctor for the community.
In the end, I feel I have been prepared for this. Not just by my friends, mentors and my family... but by God's will. Let this be done.
**All rights available to blogging apply.

Does it scare you that people can track you easily just by typing your name in a search bar?


It just dawned on me how easy it is to be a stalker these days...

I did a little check, I typed my name in and it came up with 2,720 results! (I haven't even used my whole name yet; no limiters too -- slightly geeky stuff)

I know that the 2,720 results are not all about me but it scared me that the first page of the search bar contained 90% of information related to me. My parents, my siblings, pictures, social networks... some contained personal info too.

With the continuous advancement of technology, I can't keep track of all the websites I've used since I started using computers. So, I did what any sane person would do...


walked away from my laptop and brushed it off
it's not like I'm a celebrity people are searching the net for :P

Email ThisBlogThis!Share to TwitterShare to FacebookShare to Pinterest
About: Tales from Home

there is always a day in a year when you can't wait to do the things you've been wanting to do...

Summer vacation is just around the corner and I just can't wait to sleep. Sleepless nights just for fun, seeing friends haven't seen for a while, being under the sun by the beach... *blinks rapidly*

Typing about summer is getting me depressed...

And speaking of depressed, I've been giving away my doggy's babies for the past week.

I had 5 of these tiny babies and I've found three families for three of the 5... can't decide about the last two, but I think I'm keeping them. ;)

They're fun to have around especially after a long day in medschool (extended dependence). :P 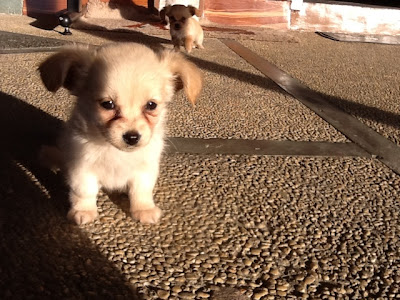 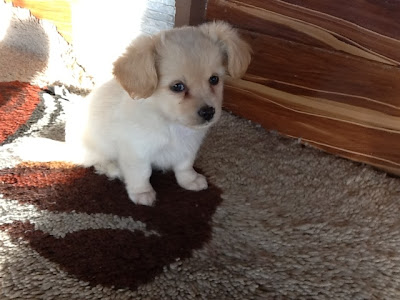 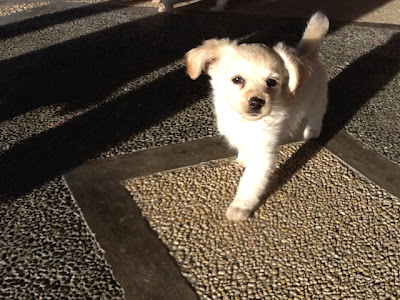 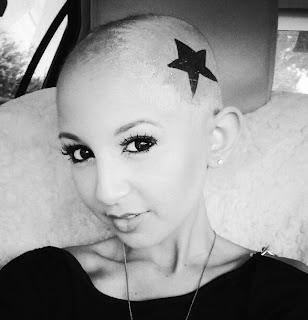 "Make-up is my wig."
Talia Castellano

Looking back to my past few months, I've been trying to discipline myself to study.
I am very thankful that I stumbled upon the video of this amazing 12 year old. I remember I was searching for lectures on "neoplasia" (~related to cancer) and I eventually clicked one of her videos, which was her talking about cancer.

Talia Castellano was diagnosed with neuroblastoma five years ago. She has been through multiple treatments and procedures.
A few months ago, she did say that she was getting better but the latest video she posted says that she developed cancer in her bone marrow too. And as to prognosis, it's bad.
She vlogs that she has 4 months to a year left to live if she doesn't get a bone marrow transplant (which is risky too). She doesn't want to go through with it because she doesn't think it's worth the risk anymore and she'd rather go on living until her time runs out.

Instead of studying, I got hooked and continued to watch her videos.
She's very refreshing to watch. I don't really watch make-up tutorials because I think some of them are just fake but Talia's videos were very raw and real... I could sense how mature she was in handling herself and though she speaks of her disease frankly, she has time to actually joke and comfort her subscribers.

I don't know why I've been going through my life these past months like a blur while Talia lives her's like there's no tomorrow.

I've been trying to bury my nose in books for the past months since I got to my 2nd year in med school.

I still want to be a doctor.
I did not go to med school for prestige nor for money.
I went here in hopes to learn more in the art of helping people in the best way I can.
Though nobody ever believed me, I went to med school to be of service to the community (which was well ingrained into me during my undergraduate course).

And after watching Talia, the passion to serve grew stronger.
She is definitely a very inspiring lady. <3 font="font">
by G at 11:58 AM 4 comments: