what are you so freakin' busy with?

I could be employed right now but I went back to school to be a student.
I could be financially self-sufficient right now but I stayed dependent on my parent's monetary provision.
I could be the type of person who wouldn't care if time passed but I chose to be the person who feels guilty when time passes and I haven't done anything productive.
I could be sleeping well more often than now but I chose sleepless nights to study for an exam that I wouldn't pass with outstanding marks anyway.
I could be reading tons and tons of novels I have been wishing to read but I chose to be buried in books on Human Anatomy, Surgery and even Parasitology.
I could have more free time than now but I chose this life-consuming career path just so I could earn an 'MD' after my name.
I could be in a community as a Public Health Officer but I chose the path to becoming a Doctor for the community.
In the end, I feel I have been prepared for this. Not just by my friends, mentors and my family... but by God's will. Let this be done.
**All rights available to blogging apply.

a story of falling in love

I don't remember when I first fell in love with the camera.
It fascinated me to stay behind it [though my interest of being the subject later developed, :P].


I didn't know the science of it -- I still don't, actually. I think it's funny that with a big love for the art, I own an obsolete point and shoot camera. Though in the world of gadgets it may be obsolete, it has been part of my development as an enthusiast.
It has been one of my goals to own one of those fancy-looking cameras that professionals carry around but borrowing and holding one in my hands was already fulfilling enough. Though I wish I could do better, I was contented with the pictures that my camera produced. The years we've been together -- I guess -- makes it more connected to me. Even when a better camera is offered to be borrowed, I feel I can shoot better with my old and handy one.
It's a Sony DSC-T9, by the way. :P
My dad bought this for the family four of five years ago. I was there when he selected it among the others inside a glass box in the Sony Shop. It was one of the latest models at that time -- with the image stabilizing feature. :P


It was just beautiful and my dad and I (with no professional knowledge of the latest cameras that time) were captivated by it. It didn't take too long, actually, my dad soon asked the salesman to box one for us.
Two years ago, when I needed a camera for my classes -- like Biology (with live specimens and stuff) -- I asked to borrow it. It slowly began to be established as mine since I didn't return it whenever I went back home.
Just last year, a week before my birthday, the T9's flash bulb busted and I never had the time to get it replaced and I know it'd cost me a chunk of my allowance. :(
So for the week of my birthday until January 2, 2010, I borrowed a new family camera for night shots coz the T9 couldn't shoot at night -- sometimes, day too -- without a flash. :(
Sadly, until now, I never got around to getting the flash bulb repaired. There just isn't a Sony Service Center that's really accessible. My blogging decreased since that month too. It wasn't just because I was busy but I couldn't blog without pictures. I guess I was used to having one or two pics in my entries and I'm not that fond of taking pictures from the internet. 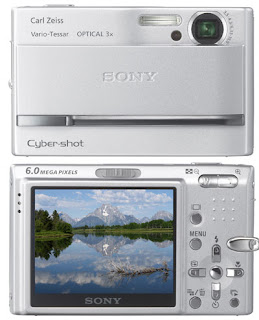 Ironic, yes, I'm not fond of taking pics from the net but here's a pic of the camera that I pulled out from dcviews.com back when it was new. :P Hahahaha!
I still love the T9 but it isn't as useful to me as it was before.
Everything tends to age -- even gadgets age too. ^^
Why did I suddenly post about this? Well, I was browsing my Photo folder in my laptop and I found some old photos -- that were produced, I proudly say, by the Sony DSC-T9 and I. :) 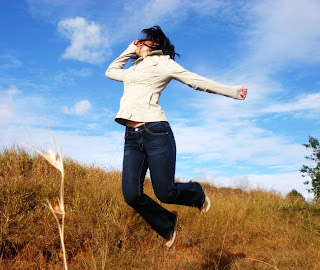 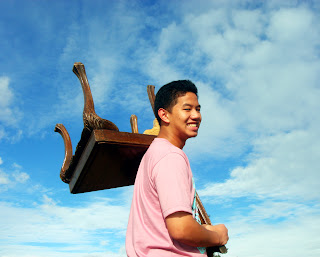 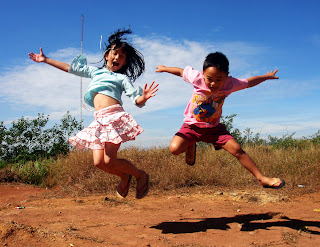 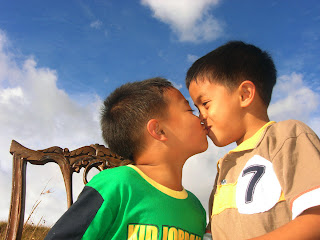 :P
I appreciate you reaching this point of this entry.
I'm actually talkative so I turn out to be type-ative too.
:P
Hoping to blog again soon,

Email ThisBlogThis!Share to TwitterShare to FacebookShare to Pinterest
About: Photography

i love the photos you posted =). i'm not sure i fall-in-love with a camera, but i do hang on to them until they can't shoot no more. i still have my 10 year old camera - yup - the one that needs a film...lol.

Hi sis! You really have an eye for photography. Did you take those photos yourself? We're actually the same. I can't blog without pictures too and as much as possible I want to use my own pictures, for authenticity purposes. And for me, it's more fun to read posts with pictures. Sayang naman. Sony Cameras are really good regardless if it's an old model or new model. I hope you get to have your camera fixed soon, or probably get yourself a new camera. :)

@Kayni: WOOOOOW! :D 10 years!? those things really are more durable than the digital ones! :D I still have my old BF film camera but it's in a drawer in my room back home. Maybe I should test it out if it still works :P

@Golden: Thanks sis, yep, i took the photos. I agree, Sony produces great models that'll stay with you for a loooong time :D

Aww will you buy a new camera soon ? I'm searching for a camera too , and I want an SLR . I want to learn photography ! :D Anyway , love the photos you took ! The last one is so lovely . Haha . Hope you're having a nice weekend dear ! xooxox

Your pixs seem as professional rather than from a point-and-shoot though =)
When our Sony digital camera got snatched in Baguio last year, we went around scouting for a replacement. We thought that aside from being pricey, DSLRs are not handy. We settled for Canon SX200 because the seller said it's between a digital and an SLR. But I have yet to tinker it to know more than the "Auto" setting =)

@beckyxoxo: i was thinking about it :D i do want an SLR but traveling with it would be urrrgh. Thank you :D the last one's my super fave too :D hahahaha. sooo natural :D

@Gremliness: wow, thank you thank you. i agree that DSLRs are not handy... i can't think of how i'll carry it with me on a hike or whatever. :P

Really lovely pictures, everything looks so clear and crisp. Very nice resolution if I may say so :)

I have a point and shoot Canon cam too and I'm having a hard time getting pictures of my EOTD. The colors and eye shadow shading just don't show up even on macro setting and with flash. That's the best it can do. On other settings wala tlga. Do you have any tips? I'm eyeing a Sony camera too. I think they take crisp and clear photos.